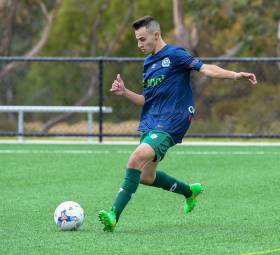 "I started losing my vision at 13. Initially it didn’t impact my ability to play mainstream football, but over time it impacted my ability to identify team mates at long distances, judge where the ball is and spectate the game.

I heard that they were holding Come and Try days to play blind and vision impaired football (soccer) and I got involved straight away. I was 16 years old.

To commit to blind and vision impaired football, I had to overcome my disappointment about my vision loss and accept that there were blind sports that I could both play and excel at. I had to give blind sports a chance.

I am classified as a B3 player, which is the highest level of vision you can have, and I play in the B2/B3 category. I didn’t actually find it difficult when I first started playing, because I grew up playing football – but when I put on the blindfold to play with the B1 (blind) players then it is really challenging!

I had never been involved with blind sports before taking part in blind football. But now I love that there are so many sports to play and I am involved in AFL Blind and Blind Cricket as well.

Finding blind and vision impaired football felt like a second chance at playing a sport I grew up playing and loved passionately – and now I train with the National squad. Blind football has allowed me to achieve a lifelong goal.

What I really love about playing football, is that I have made heaps of long-term friends who I catch up with regularly on and off the field; as well as having the opportunity to be part of the National squad and train regularly with my friends". 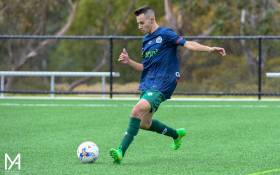 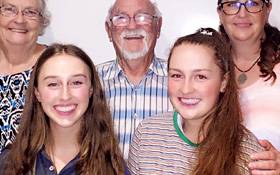