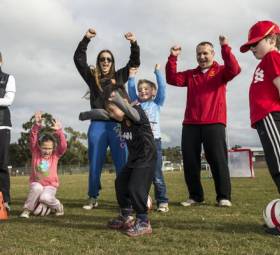 Blind football is played by athletes who are blind or vision impaired.  There are two formats of the game:

Blind football (B1) is an internationally recognised sport at the Paralympics, played outdoors by athletes who are blind or partially vision impaired on a 40m x 20m pitch, with side kickboards and an audible ball. There are two teams of five; four outfield players and a goalkeeper. The outfield players wear eye-shades to equal their sight and the goalkeeper can be fully or partially sighted.

Vision impaired/partially sighted football (B2/B3) is played by athletes who are vision impaired to Futsal rules with minor modifications. An audible ball which makes a rattling noise is used, allowing players to locate it by sound.

Blind Sports & Recreation Victoria works with Football Victoria, South Melbourne Football Club and Australian Blind Football to provide opportunities for people with a vision impairment of all ages to play football.  The sport will help:

Australian Blind Football 4 All, or ABF4ALL, is a new initiative of Australian Blind Football. ABF4ALL aims to increase grassroots participation in football (soccer) by people who are blind or partially sighted, regardless of age, gender or ability. The Melbourne ABF4ALL sessions will be run in partnership with South Melbourne Football Club, with support from Football Victoria.

Sundays from 10am to 1pm

Australian Blind Football provides an opportunity for people of all ages who are blind or vision impaired to learn and develop their football skills. ABF4ALL training sessions also provide a pathway into other participation opportunities that are available in Melbourne, including:

How to Get Involved

Interested? Please fill out the below form to enquire. 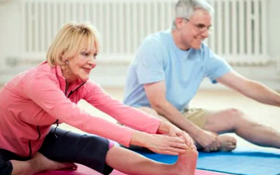 This yoga class goes beyond optimising movement in the major joints to teaching ‘tools’ to escape busy mind chatter. 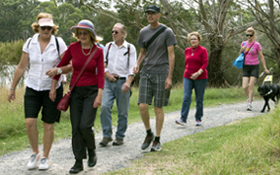 Walking Programs for people who are blind or have low vision

A great introduction to Blind Sports & Recreation Victoria, you can participate in group walks, or pair up with a sighted volunteer in your local area. 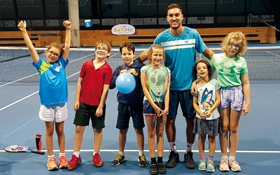 Come and learn one of the world's most popular sports at the home of the Australian Open. Blind Tennis for all ages. 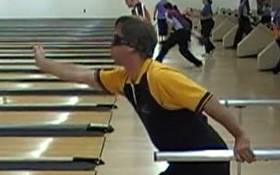 Join this fun sport, where a specially adapted guide rail enables a person to bowl independently.